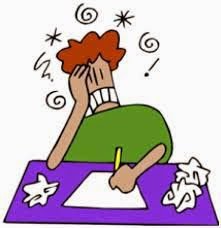 A good while back, I railed mightily against outlines. Though more specifically, I think my railing was about the idea that you SHOULD outline if you want to write a good book. I still gnash my teeth at such “rules.” My feeling is if you are an otherwise successful, productive writer, you should keep doing whatever it is that’s helping you get there, whether you’re making a copious outline or flying by the seat of your pants. I know writers on both sides of the divide, and no one is “right.”

Over the years, though, I’ve noticed a shift in my work habits as I’ve started to add more to my plate. My basic commitment at the start of every year is to finish at least two novels and a half dozen or so short stories. And in order to do that, I have to put a bit more forethought into my projects. Recently I just completed my first book written completely to an outline. But before I get to that, I will lay down my typical process, which goes something like this:

1. Have vague notion in head. Could be anything from a weird concept or philosophy, a striking bit of scenery, a quirky bit of dialog, or a very strong image of a character personality trait. Write a few pages. Then stop.

2. Take a step back, see if it grows legs. Sometimes it does, sometimes it doesn’t. I normally have to turn things around in my head for a few hours or even a few days, weeks, or even months. Sometimes I forget all about it. Other times, it lingers, and usually when it does, I know I’ve probably found something. Usually at this stage, I’ll talk about the concept with someone, like a writer friend or my husband, and it will knock a thread loose that I can follow.

3. Write a little more. Sometimes that thread starts spooling out pretty steadily and I find I can more or less carry on until the end of the first act. Sometimes it comes with fits and starts. Anyway, I usually get a good way along before I have to take a few minutes to start getting my thoughts together about how the rest of the story is going to unfold.

4. Start outlining in the second act. I write down important dates. When is the story taking place? When does a pivotal event happen? When were characters born or when did they die? Sometimes that’s relevant info. I also will plan out the next several chapters, usually bullet points for particular beats I want to hit through the middle part of the book as well as a very rough sketch of the third act and the ending. At that time I’m also assembling a list of revisions I’ll need to do in the earlier parts of the book, usually to sew up plot holes that opened when I changed something, or additions to a character’s background or motivations or some other miscellaneous bits.

5. Officially map out the third act and ending. Sometimes I stick with that ending, sometimes think of a new one as I’m working that I think would be better. There have been books that I knew the ending almost right out of the gate, and everything I’ve written has been in service of that desired outcome. Other times, it’s completely inverted. I have no idea what the ending is really going to be until I’ve actually walked in a character’s shoes. I will say that often times I have far more grim and gruesome endings in mind for characters only to find that by the time I get there, I find I’d rather have them live or find some kind of redemption. And people say I’m sick and twisted . . .

By the time I finish with this process, I have a very lumpy piece of fiction that has about three or four more rounds of editing and revision before I can slap a happy sticker on it. It usually needs more subplotting and character fleshing. It’s also usually a great deal shorter than I’d like it to be.

Now to the book I wrote via an outline, which was really just a numbered list of short chapter summaries. You can make your outlines however works best for you. The informal method seems to suit me best.

Anyway, I knew I had to change things up with my process for BLIND SPOTS, because I wanted to make sure I had it done and to my agent in a certain period of time. By outlining the whole thing, it allowed me to know approximately how long it would take to finish as well as ensure that I wouldn’t run into any brick walls that would stall my progress.

Let’s talk about the pros to working with an outline first.

1. Energy Level/Momentum. My chief concern about outlining has always been that I would wear myself out writing the outline and have nothing left for actually creating the story. This actually happened to me the first time I wrote an outline for a book several years ago. A book I (shocker) didn’t finish. Surprisingly that didn’t happen at all with this story. Maybe it’s because ever since I had that problem, I’ve become a far more practiced writer. Also, I wanted to finish this book for my agent, so I had that motivation pushing me along. But really, if anything, writing the outline actually got me EXCITED to write this time, because I loved the idea I’d come up with. It helped erase a lot of the doubts I’d initially been having about the story’s potential, because after mapping it all out, I could see it laid out before me. Also, it gave me a pre-determined workload for each day. I knew what I needed to write in order to stay on track, and so I wrote it. In doing so, I finished on schedule.

2. Making Changes. The first thing I probably ever got wrong about outlining before was that doing so would restrict me from thinking freely, that it would rob me of the joy of the discovery and the mystery of writing without a guide. For some reason, I thought an outline had to be set in stone, when in reality, it was the opposite. The outline is a living, breathing thing. It can morph completely at your will. It is simply the brain’s creative process in physical form. The outline I started with changed dramatically from the time I started it to when I penned the ending the other day. The mystery and thrill of discovery was fully intact. I added chapters, I changed character arcs and outcomes multiple times. The outline evolved as I went along. The only difference was I didn’t waste HOURS upon HOURS writing a ton of prose first only to have to go back and delete and/or change it all because I decided to go a different direction. In fact, the outline made it easier for me to get the shape of the story I wanted the first time, and it probably shaved weeks off my original process. If I was having second thoughts about a chapter, I would change the outline instead, and then I would keep writing. If I did have to change something in a previous chapter, that was okay too. I changed it in the outline so I could see how it would all work first, and then I altered the manuscript. That way I still had a current version of my vision in front of me at all times, and I didn’t get lost in my own maze, as I often would do when I would keep it all in my head.

3. Determining Length. Word count matters to me. It might not matter to you, and that’s okay. But I’m a bit of a nut about it. Knowing the length of a story going in helps me a lot in regards to pacing. With the exception of my COLT COLTRANE books (which are closer to novellas, around 45-50K words each), I typically set out to write novels ranging between 80-90K. They can run a little longer than that, but to me, that’s a perfect sweet spot for a long tale you can get lost in for a little while without losing months of your life. Knowing the length of a book also helps me with pacing. I can figure out how long each act needs to be and when to hit certain climactic beats. With an outline in hand, I am able to guesstimate an average chapter length (for me it’s around 4K words) and then multiply that by the number of planned chapters to get an approximate book length. If I’m coming up short, I re-examine where I can develop sub-plots and add additional depth. For the first time with this outlined book, I managed to come only a few hundred words shy of reaching the 80K mark on a first draft. That almost never happens for me. Some authors overwrite the shit out of their first drafts. I’m a shirker. While I do still have more fleshing out to do, I have a feeling I won’t be adding an additional 15K words in additional necessary plotting like I normally do.

1. Emotional arcs. The outline helped TREMENDOUSLY with making sure the basic plot and structural stuff was in place, but in the course of trying to get all that nailed down to spec, I found I had spent less time developing the mood of the story and the characters’ emotional stuff. In other books, I often spend so much time in a character’s brain that I tend to have to play catch-up with the plot stuff on revisions. That’s something I need to make sure I’m factoring in if I write an outline for my next novel (and I probably will).

2. Prose Yuck. When I’m writing by the seat of my pants, the creative process feels a lot more immersive and I often find my natural voice comes through a bit more. When writing to outline, I feel a bit like I’m sitting in a seat above the story, which makes my voice seem a tad more stilted. I also lose a certain lyrical rhythm because I am trying to remain conscious of sticking to other pre-planned factors. I’m probably going to have to do a LOT more line editing with this draft because of it.

All in all, though, I think these kinks can be worked out with more practice. The pros of having the confidence a reliable road map gets me is worth it. I actually find myself anxious to start planning my next novel now that I know I can write effectively to an outline. Who knows. Maybe you’ll see more books from me in the future…